↓ Skip to Main Content
Home › Caroling on the Green

Caroling on the Green 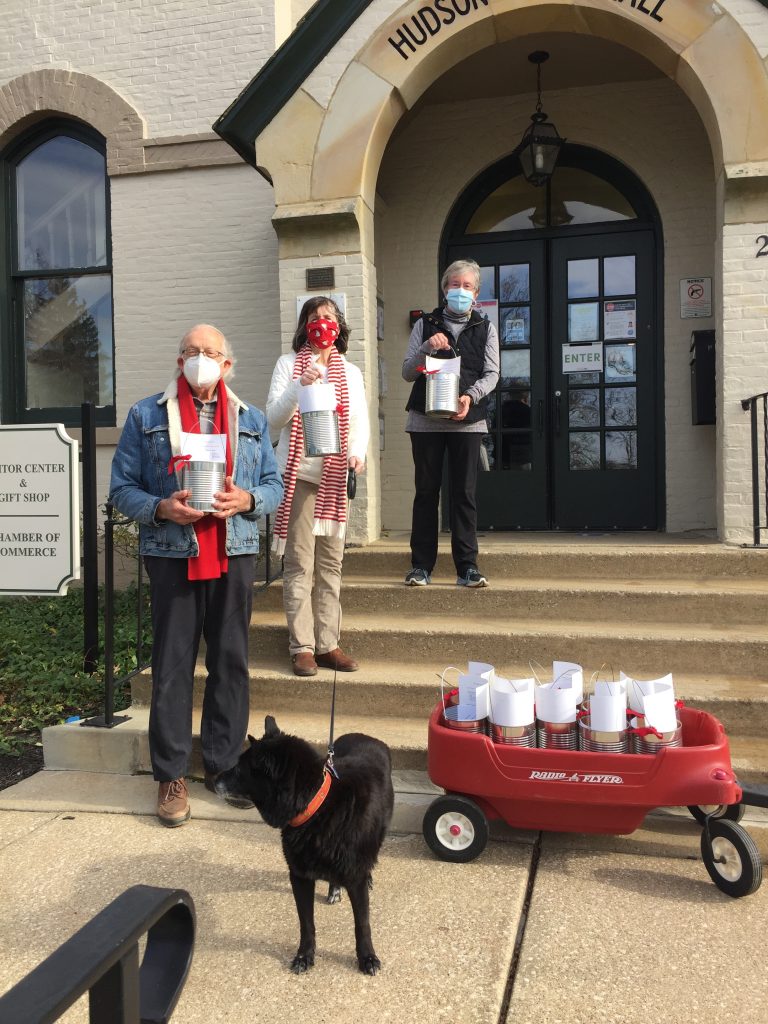 The Hudson League for Service suggests that Hudsonites enjoy the holiday decorations downtown individually rather than gather for community caroling due to the restriction of large groups meeting this year.

The Hudson tradition was begun by Merrill Bolton Wilcox. Wilcox is known for starting Christmas caroling on the Hudson Green around 1945.

Barney Kemter shared his memories of growing up in Hudson. To recreate the tradition, HLFS will provide directions and the tin cans needed to recreate Caroling on the Green memories. Kits will be available at Destination Hudson.

Mr. Peabody has set the Way Back Machine to 1950. The mature readers will have a chance to relive the magical times of our youth. The younger generation readers will have an opportunity to experience what it was like in 1950. No participation trophies will be given.

The village of Hudson then had a population of around 1,500 residents. Street lighting was basically confined to the commercial section of Main Street. As a result of the lack of light pollution one could see the Milky Way at night. Snow plowing of the streets was minimal. The village did apply salt and cinders to some of the street intersections. The streets were, for the most part, hard packed snow. Radial all season tires hadn’t been invented. Goodyear wouldn’t introduce their Suburbanite Winter tires until 1952. People attached chains to their tires for traction. A very common sound was that of the slapping tire chains on the snow covered streets as the residents slowly navigated the streets of the village.

In the 1950’s preparation for the annual Christmas caroling on the green actually began about two weeks before the actual event. I remember having dinner at the Colonial Restaurant on Main Street next door to Saywell’s. Dad chose to dine there as they had large institutional sized cans of beans and other vegetables. The empty cans were free for the asking. To go caroling and be properly attired for the event a youngster need their own can. For the next week Dad, my brother, and I spend time in the basement with our empty cans. The purpose of the cans was to make a candle lantern to carry when we walked to the park. I spent hours learning to use a hammer and learning how to use various sized nails from Gott’s Hardware to punch holes in the can. The idea was to make a design through which the candle light would pass and project a pattern of light onto the snow. After several evenings of learning how to hit a nail and not my thumb, a pattern of a snowflake and Christmas tree gradually appeared on the surface of the can. The next lesson I learned was how to convert a Knight Cleaner’s clothes hanger into a handle for a lantern. Mom and Dad provided a candle and showed us how to use the hot candle wax melted on the bottom of the can to hold the candle in place. We were primed and ready for the big event which was several days away.

Finally the night of the caroling arrived. Church bells pealed the start of the Caroling at seven pm. It was customary for the last family living in the Village would start walking towards the village green. On Aurora Street that would have been the Cole family. The carolers would stop at houses along the route adding more carolers. At some houses they stopped and had some egg nog to fortify themselves against the cold. We waited eagerly and looked up the street from the windows. Excitement grew when we saw the first flickers of lanterns coming down Aurora Street. We were quickly bundled into our snow suits, boots and mittens made ready. The level of excitement really grew when I was allowed to use a package of matches from Mericola’s Restaurant to light my own candle in my own hand made lantern. This was a right of passage for a 6 year old.

In front of the house the carolers awaited our family to join the group. We walked in the street as the streets were plowed of snow. The sound of crunching snow told us how cold it was. Only intersections got treated with sand and cinders back then. As we headed to the green it was a most magical sight to watch the patterns of light cast by the lanterns as the patterns of light sparkled and danced on the snow-covered street. It was a kaleidoscope of ever changing patterns. In the 1950 we didn’t have light pollution to spoil the effect. The closer we got to the green the larger our group had become. When we turned off of Aurora Street by the library we were greeted with the sounds of carolers gathered around the band stand. The green was alive with flickering candle lanterns, all handmade and carried by the village youngsters.

After the community sing there was hot chocolate and cookies at the newly constructed Guild Hall of the Episcopal Church. The Rector, Pop Brereton, made sure that all the children got our hot chocolate and a sugar cookie. After our parents and neighbors had their social time, our group formed up outside the Rectory and then proceed to walk back up Aurora Street. We would stop at every house where someone in the group lived, wish them Merry Christmas and proceed to the East singing and humming carols.

I can still recall watching the group continue past Oviatt Street and up the slight hill. The lanterns flickering and growing fainter as the remaining carolers headed home… And that’s what it was like many, many years ago. 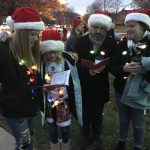 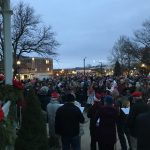 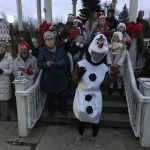 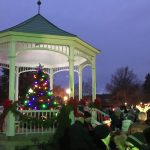 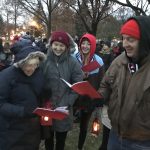 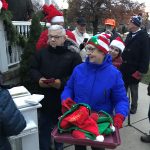